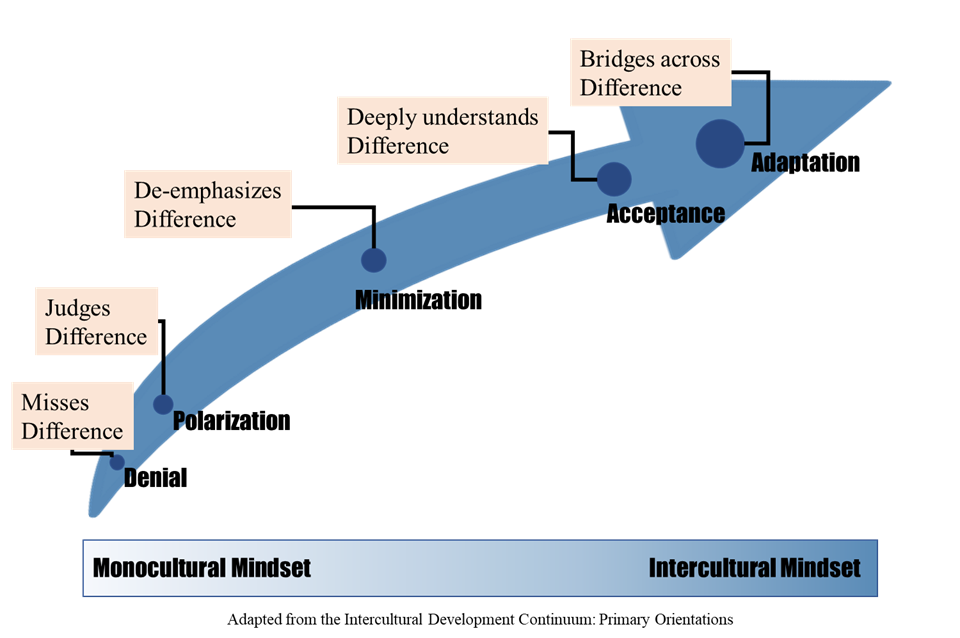 Hi! I’m Rev. Terri Stewart and I’m the Director of the Youth Chaplaincy program at the Church Council of Greater Seattle. I am also a Qualified Assessor for the Intercultural Development Inventory (IDI).

As a leader of youth who are primarily in cultures different than mine, it has long been an imperative for me to develop myself as much as possible so that I can flow in and out of their realities, but it is also important to me that our communities engage the developmental process so that the youth I engage with (and others) have people around them who can accept and adapt to their lived experiences. Which brings me to you.

The IDI can be done as individual assessments but it can then be compiled into a group assessment. People can then work individual development plans and groups can work development plans together that meet the goals of the community organization. This will make for better anti-racist, anti-oppression, racial justice community organizations! Including our churches! We have expanded my work to include racial justice work and so I am offering this tool to you as a way of developing your cultural competency. My time as a Qualified Assessor is offered; the actual assessment cost of $20 per person will need to be covered by those being assessed.

The Intercultural Development Continuum (IDC) is a developmental lens that recognizes that there is cultural self-understanding and cultural other-understanding that can be illustrated across a developmental arc, just as human development is described. From the IDC, the Intercultural Development Inventory (IDI) has been developed that measures a person’s capacity to engage their own and other’s cultures. The IDI has been cross-culturally validated in over 30 countries. It is rooted in measuring three aspects of social development.

In the process of striving for racial justice, or a minimum of creating an anti-racist mindset, measuring intercultural competency with the IDI and then creating an intentional development plan has been proven to be a validated, strategic way to change and shape hearts and minds. Cultural competency relates to equity as decisions that are better for many people rise from those who have intercultural mindsets rather than from a monocultural mindset. Intentional development also grows people who are more effective at social justice, anti-oppression work, white privilege work, and creating inclusive environments. Intentional intercultural development also begins the process of interfering with implicit bias by revealing blind spots at each stage of development.

In the story of the Samaritan woman meeting Jesus at the well in Samaria, Jesus demonstrates some degree of cultural competency when he takes the time to hear her story and to know who she is. He is not afraid of her and he engages with her theology without defending the practice of excluding and oppressing the Samaritans. With work, it is possible to develop ourselves so that we can do the same.

Please contact me at ycc-chaplain@thechurchcouncil.org or 425.531.1756 if you would like more information about the Intercultural Development Inventory!